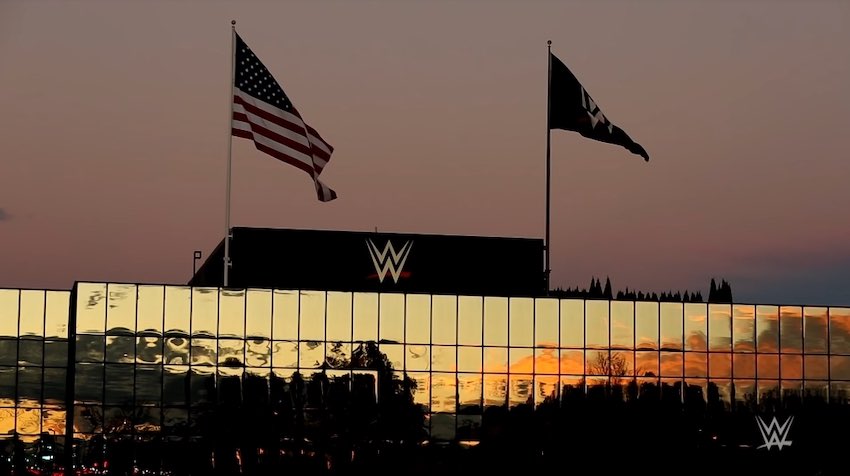 According to a recent report from PWInsider, WWE held an “all hands on deck meeting” yesterday led by WWE President Nick Khan and CFO Kristen Salen.  Vince McMahon was not part of the meeting.

It is being said the biggest announcement coming out of the meeting was that employees will start returning to the office in Stamford, CT starting this July. This is around company is returning to touring on the road starting on July 16.

It was also noted that WWE has given employees the option of working from home as much as possible, depending on the division of the company they were working. Some departments will be back to the office full-time, while other are could rotate from home several days a week depending on the role of that division within in the company.

WWE currently occupies two buildings in Stamford, CT. WWE will be moving into a single new building next year.  The construction for the new facility had been delayed due to the COVID-19 pandemic.