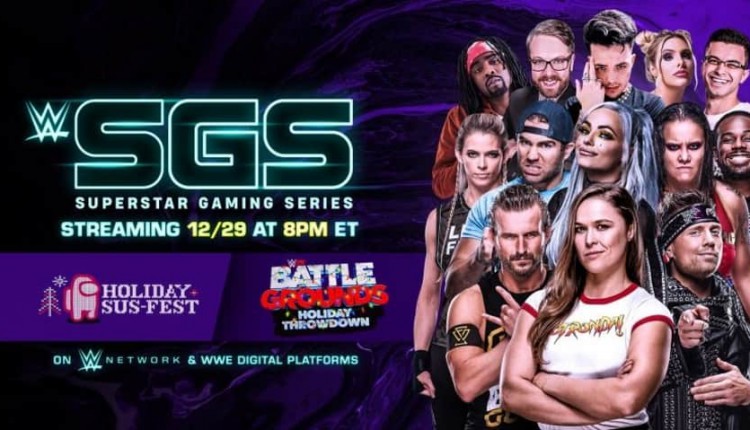 WWE has announced that a new Superstar Gaming series will launch this coming Tuesday, December 29 at 8:00 pm ET on the Free Version of the WWE Network, as well as across all WWE social platforms.

This announcement comes after WWE’s new third-party edict that forced WWE talent to cease using their Twitch and Cameo accounts.

Back in October, WWE also announced to their talent that the company would begin taking control their Twitch accounts.  It was also said that talent could still post content, and that they would receive a percentage of revenue generated which would not count against their downside guarantee.

Vince McMahon and other WWE Executives held a meeting back in September with the talent about the use of third-party applications and how the company wants to reinvent their image. Mark Carrano also controversially told the talent that WWE owns their real names as well.

You can read the full announcement from WWE below regarding the launch of the new gaming series.

WWE Superstar Gaming Series is set to launch on Tuesday, Dec. 29, at 8 p.m. ET on the Free Version of WWE Network and across WWE social platforms.

Here is the full run-down for the action-packed debut on Dec. 29:

Digital for more updates before it all goes down Tuesday night.

Dr. Britt Baker fires back at wrestler who claims he was underpaid and treated unprofessionally by AEW