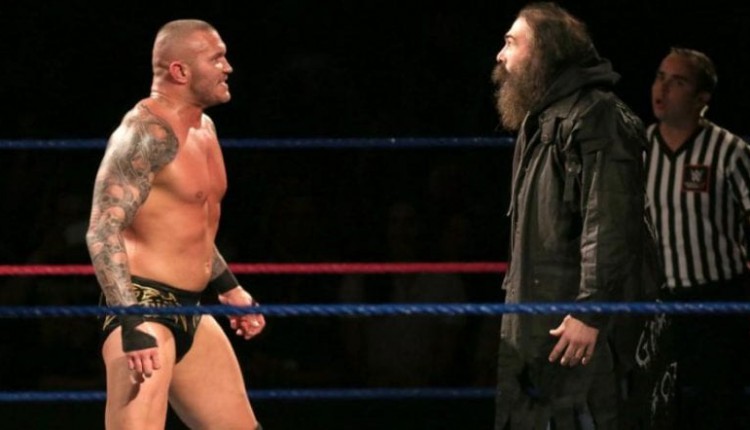 Randy Orton took to Instagram to share a heartfelt tribute to the late Jon Huber aka Brodie Lee in AEW and Luke Harper in WWE.

The pro wrestler passed away at the age of just 41-years-old. The two stars were able to work together.

As seen in his post, Orton referred to him as “Luke” and talked about how they had a bond over family as well as wrestling. In addition to their friendship, he noted that his wife, Kim, is close to Lee’s wife, Amanda.

“I knew Luke from work. I always called him Luke. Some of us call each other by our ring names, some real names. It gets confusing, but I always called him Luke. I’ve been in a wwe lockeroom more than half of my existence, and there is an unwritten code. Respect is at the top. You all have heard about how much we all respected Luke, about how much we all enjoyed his presence. It is a fact. I’m telling ya, on the back of a bus, traveling and away from family for weeks in a row, he was one of the ones I’d make sure to secure a seat on that bus next to. I’m not perfect, never thought I was. Neither was he. But talking to him, and conversing about our families, as most husbands/fathers do on these trips at some point, I learned that he was near perfect when it came to how he loved his sons and his wife Amanda. His wife was close to my wife, and she considers Amanda one of her dear friends when it comes to the word ‘friend’ in this biz. You see, many times there are acquaintances, or co workers, or fellow talent, but with Kim and Amanda, I felt as if they had that female intuition thing going on and were meant to be friends.

Amanda’s attitude about the business her husband was in was a very positive one. It had given them everything, as it has me and my family. But often, as in most professions there are times when you get down on your current status. Luke and I often talked about the biz, and how it affected our lives, our families, and us as men. I remember him saying that he wanted to do more, and knew that he was capable of doing more. He was. Seeing him have the balls to take that leap of faith and seeing him make the decision was an inspiration to me. I was always very proud of him and out of my peripheral vision I watched him as a fellow 20 year vet and saw many things that impressed me. Not just his work inside the ring, but how he treated others in the back. I’m telling you guys reading this, that this mans character IS unmatched. I have many stories involving Luke and I, and I will always cherish them. Know that he was a great human being. I will be in that same lockeroom tomorrow and look forward to sharing stories about my friend, Luke. #RIPLukeHarper.”