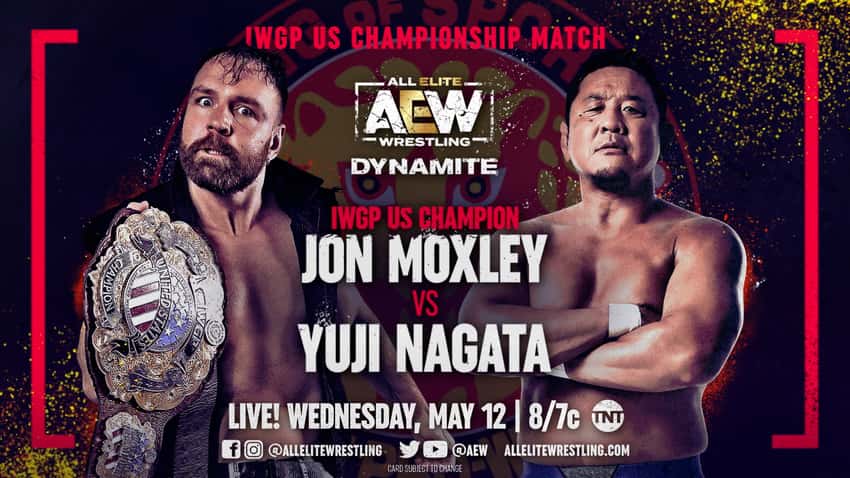 AEW has announced that Jon Moxley will defend the IWGP United State Championship against Yuji Nagata on the May 12 edition of AEW Dynamite.

Nagata, 53, has won a number of championship belts in New Japan Pro Wrestling, including the IWGP World Heavyweight Championship.

Moxley successfully defended the IWGP United States Championship this past February against KENTA.

The #ForbiddenDoor has been opened once again, as @tonyschiavone24 just confirmed that Wednesday, May 12 @JonMoxley will defend the #IWGP US Championship against the legendary Yuji Nagata (@nagata769) LIVE on #AEWDynamite at 8/7c on TNT!
cc: @njpwglobal@njpw1972 pic.twitter.com/yqGWgIFAWf