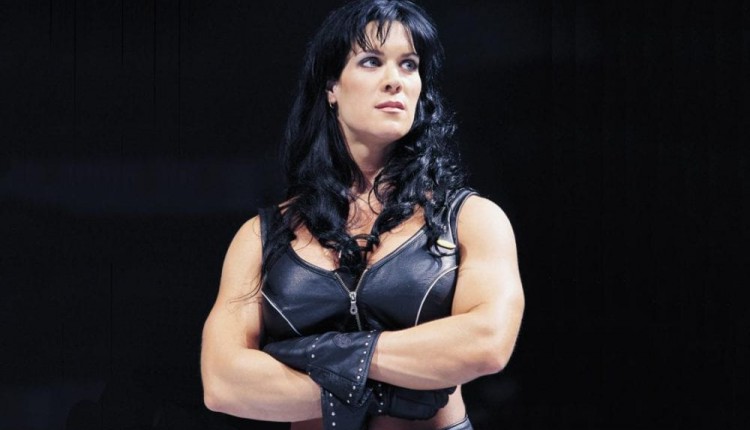 Jim Ross and Conrad Thompson covered the career of Chyna on this week’s episode of “Grilling JR.” Ross talked about her rise as one of the biggest stars of the Attitude Era, her relationship with Triple H, the circumstances around her departure from WWE, and her personal issues and demons that she dealt with until the end of her life.

Jim Ross discussed Chyna’s pay after she became a star: “She was probably the first woman wrestler to make 7 figures, in other words, make a million dollars or more. I know that to be fact because I was in charge of doing that, the payroll. She got paid real well for being booked with HHH who was getting paid real well for being a main event guy and evolving his game. She did accomplish so much, but she never accomplished finding true happiness and that’s the sad part of this whole story.”

Ross was asked, “When it came to the actual creative, let’s table the contract conversation for now, was he (Jeff Jarrett) always going to drop the belt to Chyna or was that a same day decision and you guys called an audible?

Ross responded: “Well because the contract issues you may be referring to and Jarrett’s contract expiring, even though we had a contract written up and ready for him to sign and he agreed to it, he went back on his word. Simple as that. So, yea, Chyna was going to be the Intercontinental Champion.”

Ross was then asked, “I guess my point is, had that not happened, had he signed, had everything been business as usual..”

Ross said, “She was still going to be champion. Was it going to be that night? Probably. Probably to add some sizzle and shock value to a PPV that folks were paying hard money for. But, yea, my guess on that would be that she was going to get it that night one way or the other. That was the plan as I recall that Joanie was scheduled to be the champion and make history at a PPV where you never know what’s going to happen.”

Ross talked about Chyna leaving WWE. He said, “We decided not to renew her contract. We wanted her to save face. We wanted her to leave without having to die on her sword. Consequently, I decided that it would be a mutually agreed parting of the way. It left her with some credibility. It didn’t make her seem so much as a victim, which I’m not so sure she didn’t want to be. She may have wanted to be a victim and garner the sympathy that a babyface would if he was against a big heel and have insurmountable odds overcoming them. She had a meeting with Vince and then he stopped meeting with her. She still came to TV thinking she might get booked or might be used. I don’t know why we kept bringing her to television. I nipped that in the bud because it was a waste of money and a waste of her time. We made her a real good offer, I thought.

People have to understand this thing. The 400k (offered to Chyna) was probably more than she was making than when she was earning a million. She gets an increase in her downside, so if she gets hurt, she is not booked, whatever, she is going to make about $8,000 a week. If she gets back rolling and gets creative rolling again, and she invests herself as she did before in her character, then the chance for making more money and being higher up in the card is obviously there. Her deal to me was ‘I’m as valuable as Stone Cold is to WWE.’ Chyna is as valuable to Stone Cold Steve Austin is and so, therefore, she knew there were a handful of guys making a million dollar downside and he was one of them. That was the magic number. At that time, that was the number you strived to attain if you are a talent because that was the top of the pay grade. That’s 19,000 and change a week. A lot of guys took it as they earned it. Jericho and I were talking about that today. He had some 2 or 3 million dollar years on about a $350,000 downside. It’s there to make. That’s the incentive of it. That’s why it works so well. Her deal was ‘No, I don’t want a $400,00 guarantee, I want a million dollar guarantee’ because she wanted exactly what Austin and Undertaker and some of those cats were making. She was never going to be cast in their light or used in their way. It would not have been a good investment for us to make. Now, if Vince had said to me, ‘Look, she’s had her heart broken. She’s had some bad luck here, blah, blah, blah, give it to her,’ well then I would have given it to her if that’s what he wants. It’s his money. But that’s not what he wanted.”

Ross was asked what he thinks Chyna’s legacy will be: “She did things on a global level that no other female had ever done. These ladies, no matter where they are, no matter what company they work in and the money they are earning, they can look over their shoulder back at the legend of Chyna and say thanks.  She broke the ground that they are now walking on.”