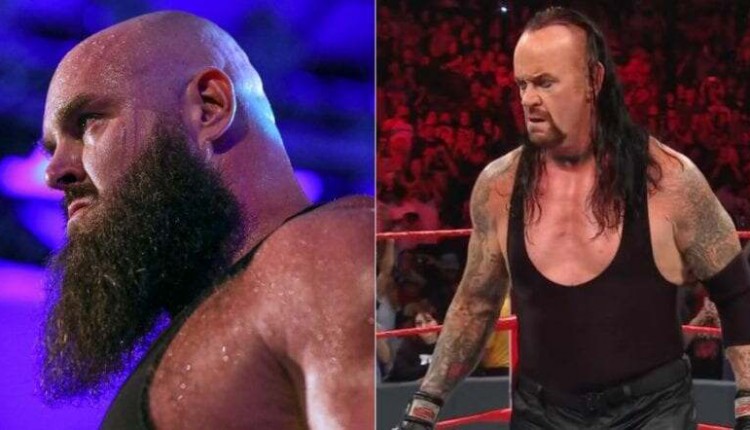 Braun Strowman recently spoke with Scott Fishman of TVInsider to talk about a wide range of topics.

During the interview, he was asked about the Undertaker and WWE hyping his “Final Farewell” at Survivor Series. This is where Strowman brought up how Taker has kept an eye on him since he signed with WWE and started training at the Performance Center.

“I didn’t know what I did to get in his good graces, but I’m thankful that he was willing and able to bring me under the learning tree. There are no more giants in this industry that are full-time working like I am. I feel like I am walking into some immense footsteps. I’m carrying this torch and want to represent it to the fullest. Taker is such an amazing man behind the scenes and such an amazing performer.”

He recalled a story with himself, Taker, and Roman Reigns as they worked a six-man tag team match in the main event of a live event at Madison Square Garden.

“It was unbelievable being out there with “The Dead Man” in the most famous arena in the world. We get done with the match and he is talking with me and Roman. He goes, “It’s yours now boys. Enjoy it.” Just hear those words and having him look me in the eye and shake my hand is, words can’t describe it.”

Strowman also talked about beating Goldberg for the Universal Title, and more. Check out the full interview here.