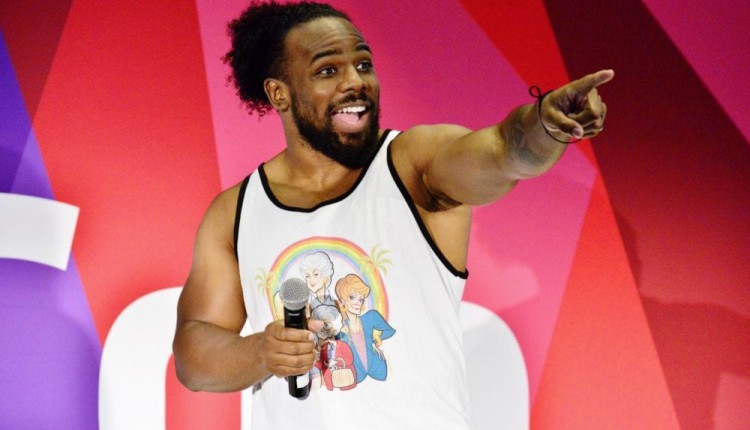 This week on “The New Day: Feel The Power” podcast, Xavier Woods was asked what it means to him to be involved with G4. He had some interesting things to say about wrestlers needing an exit plan after their in-ring days are over. He said that he hopes this opens the doors for more wrestlers because he has seen so many wrestlers from previous generations go through hardships because they didn’t have an exit plan after wrestling.

Woods put over D-Von Dudley for inspiring him and telling him that he should believe in himself.

“Hearing so many stories like that, they definitely inspired our whole generation to want more than what we are frantically fighting for. We should want everything, not just this one thing. Props to them, especially guys like D-Von (Dudley), who led the way for me and told me to believe in myself and do what I feel I need to be doing.”

“Also, what I’m hoping this does is open the world to their eyes of entertainment or whatever somebody is into, that there is a group of people called professional wrestlers. We learn these incredible skills that nobody can learn anywhere else besides wrestling. Learning how to have a full three page script memorized five minutes before you walk out because somebody just handed it to you or knowing you have 10 minutes to do something when you get up there and you are almost done with it, they say now you have 17 minutes. Nobody can adapt to things like we can on this Earth. I’m hoping that I can go there, do a good job and hopefully people will like it and say, hey, there are other people with this skill set that we can pull from wrestling. I hope it opens doors for so many people in wrestling and people don’t want to just put us in a box anymore.”

This week’s episode of “The New Day: Feel The Power” was a Q&A edition. Big E, Xavier Woods, and Kofi Kingston took questions on movies, what makes them cry and they discussed what might be Big E’s burner account and the Mike Tyson vs. Roy Jones Jr. fight.

If you use any portion of the quotes from this article please credit The New Day: Feel The Power with a h/t to PWrestling.com for the transcription

On this weeks #NewDayPod we tackle the hard questions that you all presented to us ?

Go listen to it wherever you listen to your podcasts. Just search “new day podcast” and it should pop up for ya pic.twitter.com/ZkmLv5aMkw