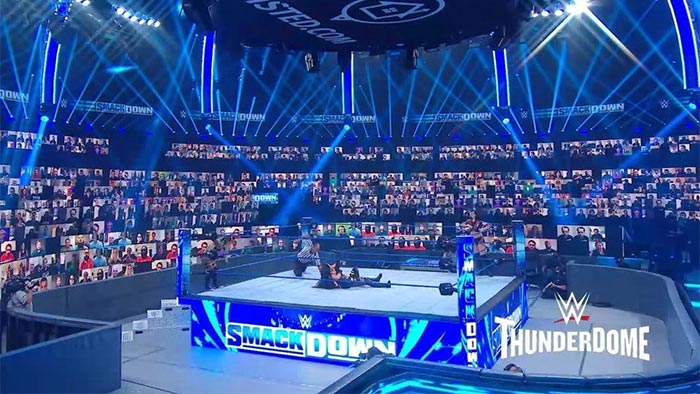 WWE’s residency at Tropicana Field in St. Petersburg, Florida is coming to an end.

According to Jon Alba of Spectrum Sports and POST Wrestling, WWE’s final night at Tropicana Field will be on Friday, April 2. The Tampa Bay Rays of Major League Baseball, who have their home games in the stadium, are set to have Opening Day on Friday, April 9.

Due to the timing of the departure being the week before WrestleMania 37, WWE will tape the final Raw and SmackDown episodes, as well as the WWE Hall of Fame, at Tropicana Field before departing.

This the final taping schedule that has been confirmed for Tropicana Field:

It is rumored that the WWE will take the ThunderDome to the Yuengling Center on the University of South Florida campus in Tampa, Florida, but that has not been confirmed as of this report.

This will be the third time that WWE has moved the WWE ThunderDome to a new location. The ThunderDome debuted in the Amway Center in August 2020 and ran until December. They moved to Tropicana Field on December 11, 2020.

Aside from the two night WrestleMania event on April 10 and April 11, WWE is not planning on running shows with fans in attendance until at least the second half of 2021 due to the ongoing COVID-19 pandemic.