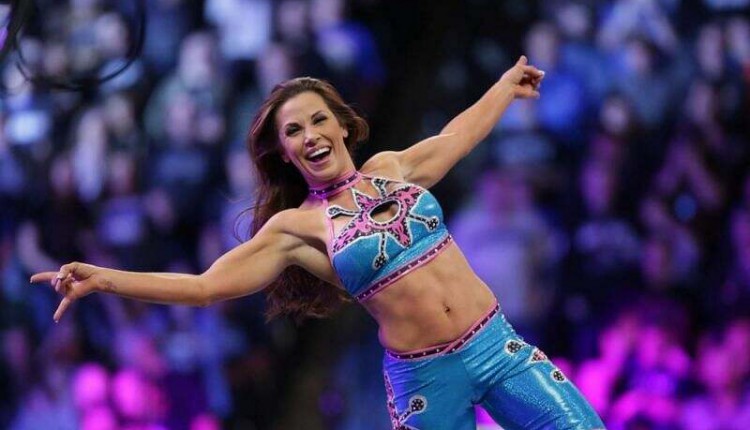 The art of selling is incredibly important in WWE and professional wrestling in general. Regardless of the company, selling in wrestling allows the athletes to draw the fans in and makes them to care about what they are seeing in the ring. For WWE Superstar Mickie James, she feels that the art of selling has been lost in wrestling today.

Mickie James, a former five-time WWE Women’s Champion and one-time WWE Diva’s Champion, has had a lot to say on the subject of selling as it pertains to the modern era of wrestling in 2020.

When talking about how great the recent match on WWE SmackDown between Sasha Banks and Bayley was, Mickie James praised their efforts in regards to selling, while questioning the industry outside of WWE as a whole.

“Yeah, I think that’s super powerful. And I mean, honestly, like Sasha and Bayley, I mean, they’re probably you know, right, especially right now. Like, they’re probably the one of the two best that [WWE have] got, you know, like, and I think you say that about Sasha, that’s so sweet. Like, the one thing that I think also that I’ve committed on like, because I knew I wasn’t going to be the one to go out there and like, do like a triple moonsault off the top. I always try to commit and I see this a lot with both of these girls.

“You know, it’s like a weird, and I don’t know what this is just like, the way the business is changing. And maybe this is where I missed the boat, because I never was that and that mentality has always made me insane. And I could see it start to filter in, you know, the business and as it slowed in I said, eww, that’s gross. But that’s really where it where it’s now it’s like really prevalent where I never thought that that type of mentality would take a precedent in our company, or even in the industry, but now it seems to be like, that is more than the people who have committed to the sell into the characters in my opinion.

“Like it used to be like you had to be money on the mic, and you had to be able to sell your butt off, especially as a baby face because I spent the most of my career as a baby face. Even [WWE legend] Shawn Michaels told me it’s not it’s not about the moves, not about the do like you look at me, you look at Hunter, we do the same five moves to everybody, anybody anywhere. He goes, I just sell. That’s what I do. And I’m like, that is what he does. And he’s like the best. I want to do that. Like that’s just my mentality. Okay, that’s what I’m gonna do. I’m just gonna sell and be the best at selling.”

Mickie James is currently sidelined from WWE due to an injury and remains a “free agent” in storylines, following the recent WWE Draft in October.