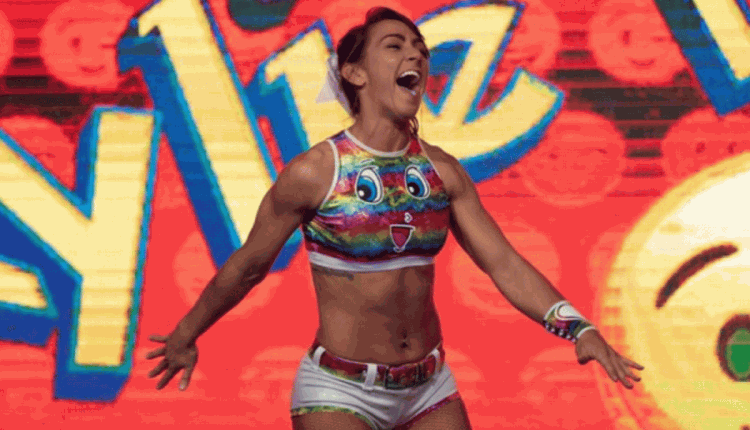 Good morning and good afternoon everyone, welcome back to this week’s edition of WNW’s Impact Wrestling News Update we’ve got quite a lot of Impact related topics to focus on today so let’s just get right Into It…

So we start off today’s News Update with some sad news as former AEW star and at the time Impact Wrestling Knockout, Kylie Rae had announced on her patreon page earlier this week that she was retiring from professional wrestling.

Concerns regarding Kylie Rae first started at Impact’s biggest pay per view of the year Bound For Glory, where Rae was set to face off against “The Virtuosa” Deonna Purrazzo for the Knockouts Championship; Sadly Kylie wasn’t in the building and instead former Knockouts Champion, Su Yung accepted Purrazzo’s impromptu open challenge and won the Knockouts title as a result.

The reactions to Smiley Kylie not appearing at BFG got a whole lot of people split as some were wondering if something had happened to Kylie which prevented her from competing while others saw it as a bait and switch maneuver before chanting things like  “LOLTNA” on social media.

The wrestling world itself would get a response from Kylie Rae on November 2nd when she announced that she would be retiring from pro wrestling with her mental health believed to be one of the main reasons.

I think I speak not just for me, Wrestling News World or Impact Wrestling but for wrestling fans the world over, when I say get well Kylie Rae, you will be missed but hopefully somewhere down the line you will be able to come back and continue where you left off

So with that saddening news out of the way, let’s talk about some of the more positive news to come out of this week…

Chris Bey Is Announced For The Super J-Cup Tournament

2020 has got to be a tremendous year (career wise) if your Chris Bey; You’ve appeared in the WWE, got signed with Impact Wrestling, won the X Division Championship at Slammiversary and now this…

Not only is this a big opportunity for Chris Bey but for Impact Wrestling, who’s relationship with NJPW has been frosty to say the least after more than a decade of problems between the two promotions and for some this looks like the first realistic opening of healing those old wound.

Bey will be wrestling against names like Lio Rush, ACH and other wrestlers in the J-Cup Tournament on December 12th but Chris isn’t the only Impact star to involved in the tournament or appear for another promotion, which leads us to our next topic.

TJP Is Announced For MLW Restart

Former Cruiserweight and X Division Champion TJ Perkins aka TJP was also announced to take part in NJPW’s J-Cup Tournament (although his being referred to as a free agent instead of an Impact Wrestling star); But while TJP might be involved in a tournament for New Japan in December, he also has another obligation for another promotion.

Earlier this week, it was announced that TJP would be returning to Major League Wrestling (MLW) for their up and coming event known as MLW Restart which takes place on November 18th and airing on multiple media platforms including YouTube.

For more details regarding this info be sure to check out the link down below:

As it turns out, Chris Bey and TJP aren’t the only wrestlers who’ve worked in Impact that are making some noise as former Knockouts Champion, Sienna aka Allysin Kay has been quite busy as she not only celebrated her birthday this week but it’s been revealed by Sienna herself on Twitter that she is now a free agent after previously working for Billy Corgan’s NWA promotion.

It didn’t take long for wrestling fans to ask for Sienna to go to either WWE/NXT, Ring Of Honor or even return back to company that introduced her to mainstream audiences: Impact Wrestling.

However, there is another company that fans have been clamoring to see the former Knockouts Champion make her presence at and that of course is the new promotion on the block: AEW.

Allysin aka Sienna is already scheduled to take on Serena Deeb at All Elite Wrestling’s Full Gear pay per view for the NWA Women’s Championship airing later tonight at 8pm.

While this doesn’t mean that Sienna has signed with AEW as of the timing of me writing this article see could be interested in competed their until other companies make her some interesting offers but will just have to wait and see what happens next.

After the first TalkN’Shop A-Mania event did surprisingly well considering it was billed as the worse pay per view ever, the “brilliant” minds of Karl Anderson and Luke Gallows have decided to do another TalkN’Shop Mania event which appears to be just as wild, just as crazy, just as batsh#t insane as the last one that they only response to have is simply “Who Booked This Sh#t?!?”

In all honest, if you want to see this event then be sure to watch TalkN’Shop A-Mania 2 on pay per view streaming on FITE.TV on November 13th at 7pm eastern standard time or 9pm central standard time; which just so happens to be Friday the 13th so don’t be surprise if Jason Voorhees makes an appearance.

If your brains aren’t completely scrambled from this show, then you wouldn’t want to miss the return of Turning Point an Impact Wrestling event that airs the next day.

Impact Wrestling brings you another one of their monthly PPV exclusives with Turning Point which is shaping up to be another amazing show, but if your unaware about to expect from the show we’ll allow to update on the matches that have been annouced:

After losing his match with Tommy Dreamer in a Halloween themed Street Fight thanks to the unexpected interference of Swoogle (aka Vince McMahon’s illegitimate son and former WWE cruiserweight champion).

The self proclaimed ‘Franchise of Impact Wrestling’ Brian Myers takes on Swoogle in one-on-one competition; Will Myers pick up the win or will Swoogle pick up the upset victory.

A more methodical and calculating, Moose has been making his presence felt following his win over EC3 at Bound For Glory and now he takes on former X Division Champion, Willie Mack.

Willie has been the target of Moose’s attacks for weeks now but question will Willie pull off the upset and defeat Moose or will Moose continue to ‘Control His Narrative’ and destroy Chocolate Thunder at Turning Point.

The newly crowned Impact Wrestling Tag Team Champions, The North have been in the crosshairs of The Good Brothers and at Turning Point two of the most popular teams current on the Impact roster will collide for the tag team titles with revenge, pride, (and because it involves Ethan Page) ego will be at stake.

‘The Virtuosa’ Deonna Purrazzo gets another chance at the Knockouts Championship against the woman who beat her for the title, Su Yung in a No Disqualification match.

Will Deonna be able to show off the same intensity that she had when she first returned to Impact and regain the title or will the Undead Bride continue her reign of terror over the Knockouts Division.

And will the No DQ rule benefit the Virtuosa or the Champion?

And in the main event, Sami Callihan faces off against the man he knows all to well in the current Impact World Heavyweight Champion, Rich Swann

Can the draw reclaim the title that he lost to Tessa Blanchard earlier in the year and end the reign of Rich Swann before it truly starts or will  Impact Wrestling’s 2020 comeback wrestler, Rich Swann defeat his old friend/rival in his first pay per view title defense

And will the World’s Most Dangerous man and newly minted Impact Wrestling Hall of Famer, Ken Shamrock be a deciding factor in the outcome of this match.

This and so much more at Impact Wrestling’s Turning Point event on November 14th at 8pm eastern standard time exclusively airing on the Impact Plus App.

If you’re interested in seeing a preview of Callihan vs. Swann, here is a link to a previous match the two of them had at No Surrender 2019 down below: