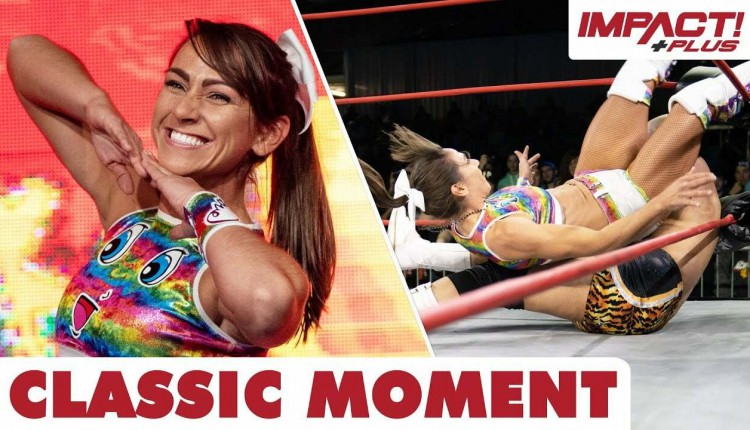 Kylie Rae didn’t appear at tonight’s Impact Bound for Glory due to an “injury that isn’t considered to be serious,” according to Bryan Alvarez of F4WOnline. No other details were known about the injury. Impact had been promoting the match like usual right up until the match took place.

Rae was originally scheduled to face Deonna Purrazzo, but didn’t appear at the PPV after her entrance music played. Purrazzo got on the mic, laughed at the no-show, said she’d been telling this tale of Rae for awhile, and offered up a challenge to anyone in the back. Commentary said nobody knew where Rae was for tonight’s match. Su Yung replaced Rae, and went on to win the Impact Knockouts Championship.

Earlier this month, Rae wrestled at Freelance Wrestling’s I Don’t Think We’re In Chicago Anymore against Josh Alexander on October 10. She was scheduled to appear the next day at Black Label Pro Threat Level Noon event, but was out due to “unforeseen circumstances.”

As noted, PWInsider reported Rae was not backstage at tonight’s PPV. You can check out the full Bound for Glory results here.