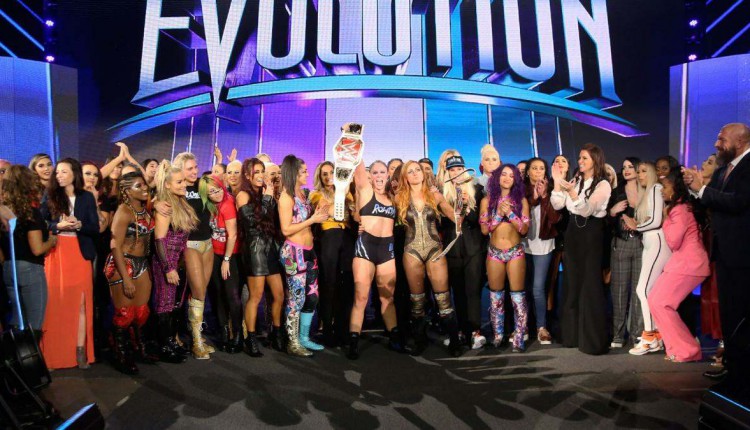 Dave Meltzer of the Wrestling Observer Newsletter has created another buzz in the wrestling world. This time, the wrestling journalist has predicted a huge announcement for all of women’s wrestling, that might have major implications for WWE.

The news presents a ton of possibilities, from Evolution 2.0 to the return of the Mae Young Classic. This year has been a groundbreaking year for women’s wrestling, from Charlotte and Becky winning big at WrestleMania 36, to Io Shirai dominating NXT, and of course Sasha Banks and Bayley.

The return of Evolution 2.0 will not come as much of a surprise for wrestling fans. Sasha Banks has already teased the possibility of another women’s only PPV.

In an interview with Stephanie Chase, Banks said, “is something I absolutely want to happen again. It’s just something that I think was so incredible for the women and for the fans that I don’t understand why there hasn’t been a second one yet.”

Dave Meltzer’s tweet could be a sign that WWE might bring back the Mae Young Classic. The women’s only PPV has not only been a huge hit with fans but also very beneficial for the company. Top stars like Rhea Ripley, Io Shirai, Toni Storm and Shayna Baszler were discovered at the tournament.

The ‘Evolution’ of Women’s Wrestling in WWE

Tournaments like the Mae Young Classic and the Evolution PPV are testament to how much WWE has evolved as a company. Lita and Trish Stratus’ milestone Monday Night Raw main event pales in comparison to what Ronda Rousey, Charlotte Flair and Becky Lynch achieved in the main event of WrestleMania.

WWE has come a long way since the bra and panties matches. The Diva’s Championship became the most meaningless title in WWE once AJ Lee lost it to Nikki Bella. Ironically, Nikki Bella main evented Evolution against Ronda Rousey in an incredible match.

Since the Women’s Revolution was started by NXT’s Four Horsewomen, female wrestlers have gone on to wrestle inside Hell in a Cell, in the Money in the Bank ladder match, inside Elimination Chamber, and even have their own Royal Rumble match.

Dave Meltzer tweeted about the news

Dave Meltzer’s update is surely going to bring some joy to fans of women’s wrestling, as well as female athletes all over the world. Most recently, Impact Wrestling announced the return of the Knockouts Tag Team Championships. There are even rumours of the NJPW dojo in LA opening a Stardom section.

Irrespective of the what the news will be, we are surely hoping it is positive, as well as progressive.