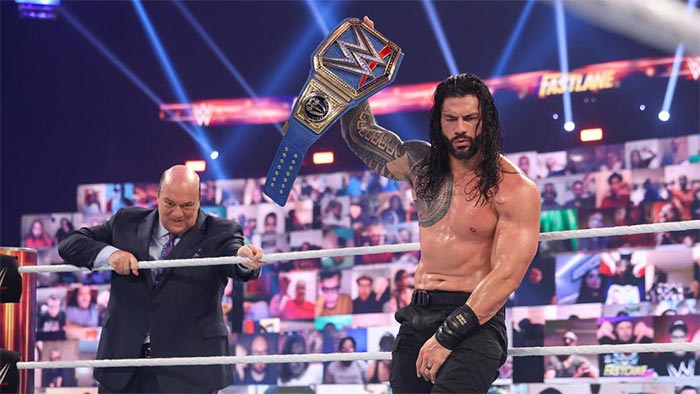 Following last night’s WWE Fastlane event, one of the WrestleMania main event matches has been changed.

According to multiple reports, the WWE Universal Championship match will now be a triple threat match with Roman Reigns defending the title against Edge, the winner of the 2021 Men’s Royal Rumble, and now Daniel Bryan.

During last night’s main event Universal Championship match with Reigns and Bryan, Edge, who was the special enforcer at ringside, turned on both men, hitting them with chairs. Edge walked off, and Reigns rolled over to pin Bryan. Bryan had made Reigns tap moments earlier.

WWE has not officially announced the change to the match yet. The original match was a singles match with just Roman Reigns and Edge.