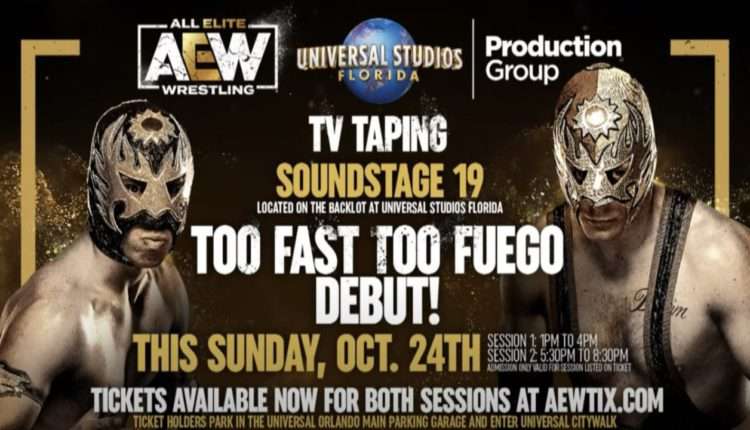 A new tag team will make their debut at this Sunday’s sold out AEW Dark TV tapings at Universal Studios in Orlando, Florida.

Fuego Del Sol will team with an unnamed partner which in the graphic looks a lot like Cody Rhodes with a mask. The Tag Team is named Too Fast Too Fuego.

This Sunday will be the second straight month of AEW holding Dark TV tapings at Soundstage 19, which is the former home of IMPACT Wrestling.

Bryan Danielson, Adam Cole and FTR are also scheduled to appear at the tapings.