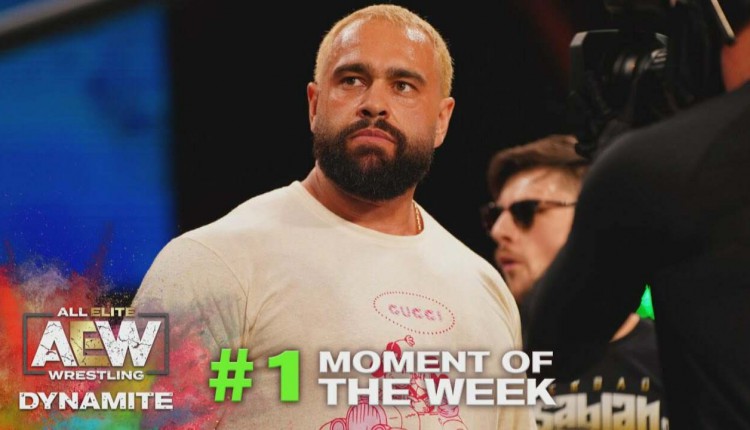 AEW President & CEO Tony Khan hosted a media call this afternoon and was asked about the longterm use of Miro.

The former Rusev made his AEW debut back on the September 9 Dynamite show. Since then he has been in a team with Kip Sabian, and Penelope Ford. Miro’s gimmick shows off his real-life video game fandom, but hasn’t always received the best feedback from fans, some who expected Miro to receive a main event push as soon as he arrived. Khan said Miro will be a big star in the company.

“Miro’s going to be a big star here. It’s really hard for people to come into AEW when you have a ranking system unless they come in at the start of a new year cycle,” Khan said. “And I didn’t want to wait till January to bring Miro in. Brian Cage was the exception because Brian Cage, I booked him, he came in… I signed Brian Cage in January and he came in, I was going to do the Casino Ladder Match and Brian would be a surprise and we would build to Brian getting a shot but build up a record for Brian before we did Moxley versus Brian Cage.”

“But I can’t do that for everybody and I wasn’t going to do it again, and so I couldn’t just put Miro in the main event with no record and no history here.”

Khan said Miro is working with some of the best people in AEW, The Best Friends and Orange Cassidy, as he has to build up his status in the company.

“So he’s got to build up and build story, but he’s working with some of the top people in AEW, some of the people I regard as the top people — with the Best Friends and now Orange Cassidy in the story,” Khan added. “And so, we have great stuff going on the top of the card and I just couldn’t cast everybody aside. Jon Moxley and Kenny Omega, Chris Jericho and MJF, Cody and Darby, Ricky Starks and Brian Cage. We have Will Hobbs moving up now. Hangman [Page].

“There’s so many great things going on in AEW, and Miro is now going to be a huge part of AEW, too, but, just like everyone else, he has to win matches and get involved in stories.”

Khan also talked about how AEW needs to rehabilitate Miro and his character after the way he was used towards the end of his WWE run. Khan said the Miro we’re seeing is the Miro he knows.

“Whether people know it or not, we’re re-contextualizing Miro,” Khan said. “I don’t know what Miro was supposed to be before he came to AEW. I don’t understand what he represented. And I think most of the great characters in wrestling have some element of their personality, where they bring themselves into it. And the Miro you’re seeing is the person I know.”

Khan noted that the initial feud with Trent was booked to show people that the new AEW Miro is who he really is, instead of some made-up gimmick. Khan also acknowledged some of the negative criticism from fans on social media.

“I’m just kind of rebuilding him, to be honest with you. I thought he got beat up so badly [in WWE],” Khan said. “I saw some jackass on Twitter was like, ‘This guy drove a tank at WrestleMania and now he’s doing this,’ and I’m like, ‘Yeah, and then he got kicked in the nuts and they treated him like s— for years. He drove a tank out five years ago. That’s not the guy I signed. The guy I signed had been abused for years. And he’s being rebuilt.”

Khan was also asked about the status of Brodie Lee, the leader of The Dark Order. Lee has not wrestled since losing the TNT Title to Cody Rhodes in the Dog Collar Match on the October 7 Dynamite show. It was reported in mid-November that Lee was dealing with some sort of minor injury, possibly to his ankle, but that was never confirmed.

Khan noted that he couldn’t comment on Lee “not being here” but he is excited to have Lee back with the company “soon,” he hopes. Khan added that Lee is one of AEW’s top wrestlers, but there was no solid update provided on his status or when he will be back in action.

(H/T to ComicBook.com for the quote)

WWE Files For New Trademarks On Austin 3:16 And Friendship Frog