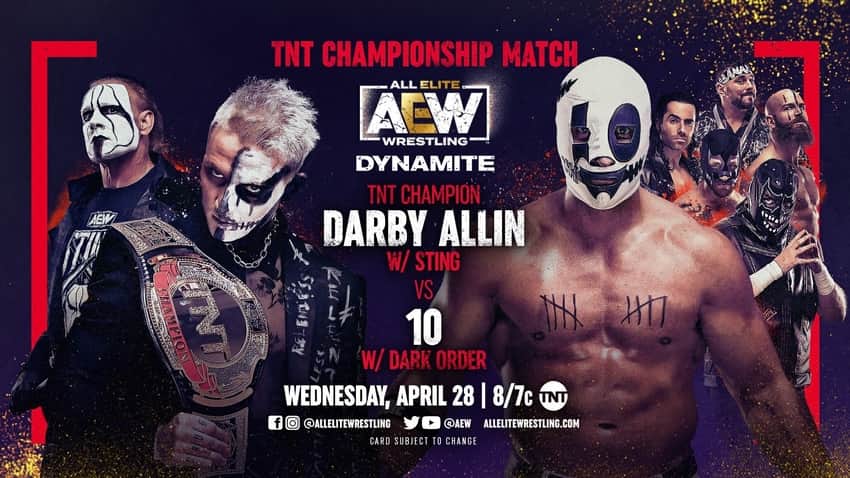 TNT Championship Match added to this Wednesday’s Dynamite on TNT

AEW has announced that TNT Champion Darby Allin took to Twitter to issue a challenge to Dark Order’s 10, which was accepted.

AEW confirmed the match on Twitter, which will take place on this Wednesday’s episode of Dynamite on TNT.

Below is the updated card for this week’s show:

Six-Man Tag Team Match: The Nightmare Family vs. The Factor

The last time I stepped foot in the ring with a dark order member I beat Jon Silver After he dislocated shoulder that’s not a win I’ll accept.@Pres10Vance Brodie handpicked you as his protege

The challenge by TNT Champion @DarbyAllin has been accepted, & the title match is booked for #AEWDynamite: Darby defends vs. #DarkOrder’s @Pres10Vance (7-1 record) in a TNT Title match this Wednesday, April 28 at 8pm on @tntdrama in Darby Allin’s 5th TNT Title defense in 4 weeks! https://t.co/aX5PurqDWh pic.twitter.com/VgJMxSoZbk