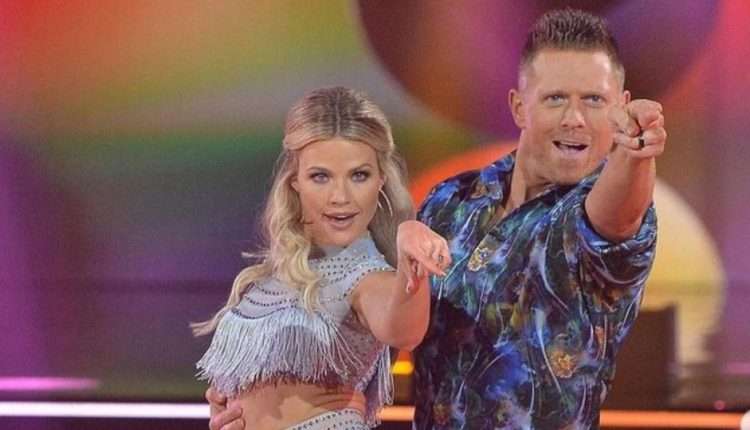 WWE Superstar The Miz took to Twitter Tuesday to issue a statement on his elimination from ABC’s Dancing with the Stars, which you can check out below:

“The one person – the ONE person I didn’t want to be up against in the bottom two and it had to be @itsjojosiwa! Regardless of last nights outcome, I had fun. The entire season I had fun because @dancingabc is fun. Was it hard? Yes. But fun. All of that comes down to being around such an incredible, absolutely incredible, cast and crew from @DancingABC. Thank you @WitneyCarson. I know the world knows how good you are, but Witney is such an incredible choreographer and so patient (and with me you have to be), and made me a better dancer every day. She became all too familiar with me asking “huh?”, “what are we doing?”, “wait, what’s that?”. But like the pro she is, she never got frustrated with me even when I was frustrated with myself. Thank you to all of the other pros and stars. My face was lit up with genuine excitement every time I saw you dance. You motivated me to be better and I thank you for that! Thank you to the judges for your honest feedback. As a perfectionist, it wasn’t always easy hearing I wasn’t perfect, but I took and absorbed every ounce of feedback and applied it to the following week. Thank you to the incredible band who was the soundtrack of my dance life. Thank you to the absolute incredible crew, who hands down made my life easier and who don’t get the credit they deserve. The lighting team, the set design team, the pyro team, thank you! Thank you to all of the editors and producers who worked tirelessly on all of the packages. The costume and hair and makeup department were the absolute MVPs because no matter what I threw at them, no matter how tough I thought it was, there they were with a smile on their face ready to turn me in to Genie or Scar or Pinhead. Thank you to the camera and audio team and to the social media team. A lot of people put in a lot of hard work to make Monday’s possible and I am so appreciative of all of it. Thank you!”

AEW star The Blade reveals he is dealing with anxiety, depression –