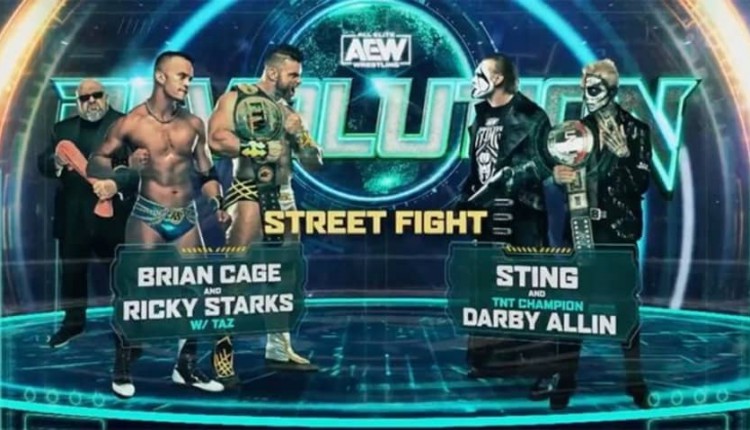 AEW on TNT announced on Twitter that Sting will team up with TNT Champion Darby Allin in a Street Fight to take on Brian Cage and Ricky Starks of Team Taz at Revolution.

This will be the the first time that Sting, age 61, will return to action since his loss to Seth Rollins at the WWE Night of Champions PPV back on September 21, 2015, after he took a buckle bomb, which resulted in a neck injury.  Sting was then later diagnosed with spinal stenosis.