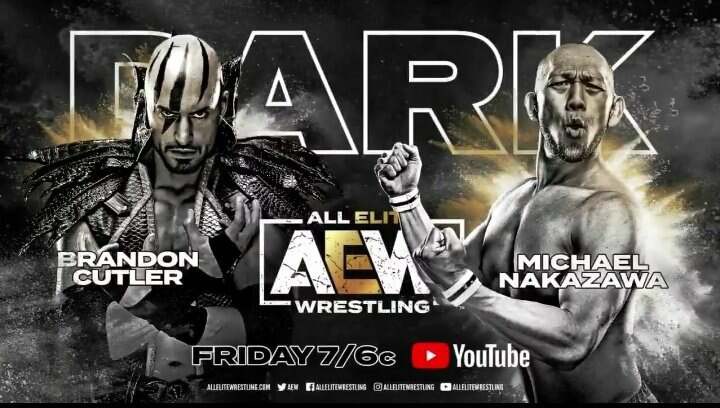 As previously reported, All Elite Wrestling will be having a special episode of AEW Dark later tonight and one of the matches announced to take place will see Brandon Cutler vs. Michael Nakazawa in a Singles Match.

Ahead of the match taking place tonight on Dark, Nakazawa took to Twitter and gave Cutler a warning, saying after losing the virginity, he feels like he is still in a dream.

Michael Nakazawa also told Brandon Cutler that everything looks different and he thinks he has changed, but he hasn’t. Nakazawa then told Cutler that he beat Peter, but that doesn’t mean he can get the second win easy and that he will see that on Dark.

You can check out Nakazawa’s tweet below, which has been deleted:

After losing the virsinity, you feel like you are still in a dream. Everything looks different, and you think you have changed. No, you haven’t. It’s a hormon in your brain. You beat Peter, but that doesn’t mean you can get the second win easy. Tomorrow you will see it. #AEWDark pic.twitter.com/6rJZdHfHkJ