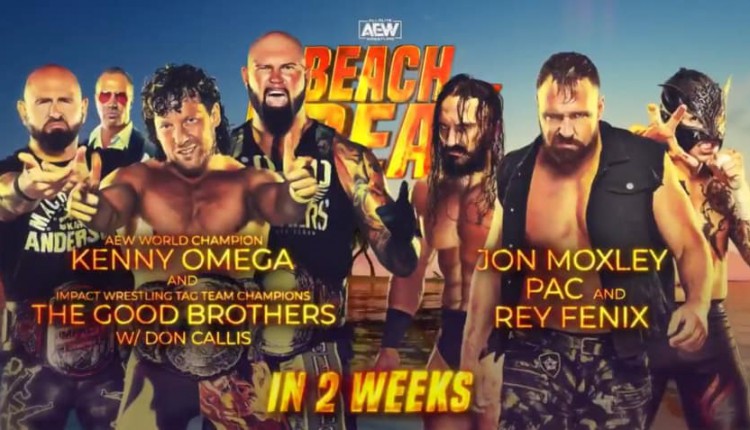 AEW has announced a huge six-man tag team main event for the Beach Break edition of Dynamite in two weeks from Jacksonville, FL live on TNT.

This match is a result from when The Good Brothers started a feud with Fenix and Penta El 0 M on last week’s episode of Dynamite.  During last night’s show, The Good Brothers took out Penta backstage by attacking him with a chair.  Kenny Omega and Jon Moxley continue their feud following Moxley’s loss of AEW World Championship to Omega with help from IMPACT Executive Vice President Don Callis at the Winter is Coming edition of Dynamite held back on December 2, 2020.

Also announced is a tag team battle royal, with the winners facing the AEW World Tag Team champions The Young Bucks at the Revolution PPV on February 27.

Previously announced is a singles match between Britt Baker and Thunder Rosa, and the marriage of Penelope Ford and Kip Sabian.