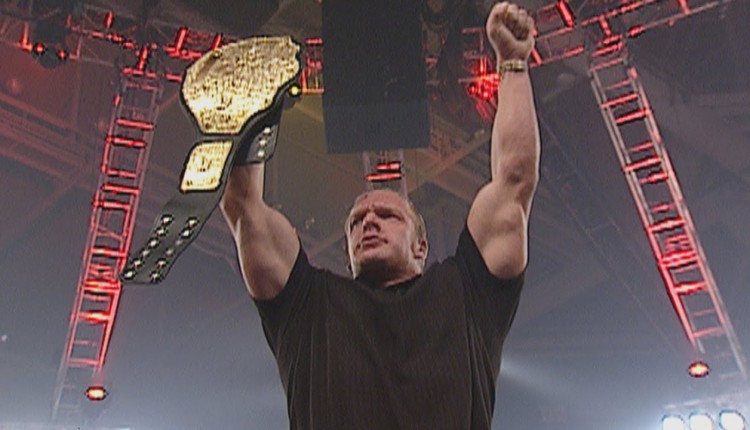 Since departing his backstage role with WWE, Eric Bischoff has been running a weekly tell-all podcast with Conrad Thompson. “83 Weeks” details deep dives into past WCW pay-per-views, TNA shows, and episodes of Monday Night RAW from when Easy-E was General Manager.

The most recent episode broke down the December 5, 2005 edition of RAW, which saw Bischoff meet his untimely end as RAW GM. Deeper into the episode, Bischoff brought up his issues with Triple H’s character, specifically criticizing his heroic mannerisms.

“So here is the infamous Triple H entrance that never changed, whether he was a heel or a babyface,” Bischoff said. “I f–king hate it. I hate it. I mean, if you’re going to be a heel, damn it, be a heel! Don’t be a hero. Don’t come out there like someone doing a Marvel audition for the next Thor movie. If you’re a heel, you’re a heel. Jesus Christ.”

Despite being one of the WWE’s most notorious villains, Bischoff says the Cerebral Assassin never really wanted to work as a bad guy. The former WCW President referenced The Game’s heel in-ring tactics, but claimed his core character was always the same.

“And you wonder why he never really got any heat, because he wasn’t really a heel,” Bischoff said. “He didn’t want to be a heel. He’d wrestle like a heel. He would do the chicken s–t things that were requisite to be a heel within the body of a match, but the character would never change. He’s out there spitting his water, and oh my God.”

Bischoff joked, “It’s a good thing he married Stephanie, that’s all I’ll say.” Bischoff also confirmed that he has no heat with Triple H and was just having fun with that comment.

If you use any of the quotes from this article, please credit 83 Weeks with Eric Bischoff with an h/t to PWrestling.com for the transcription.