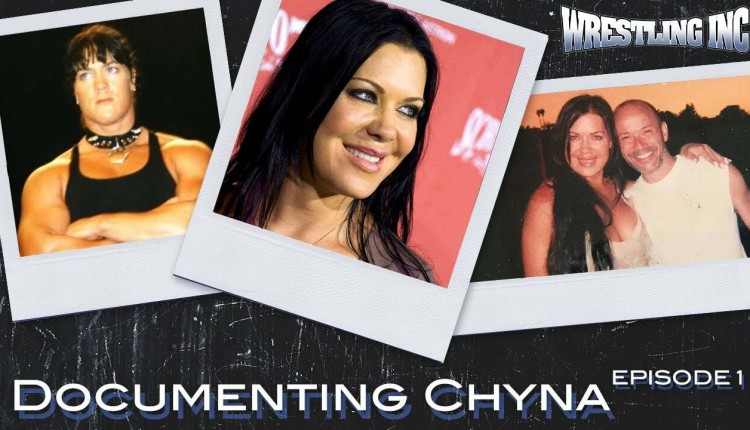 PWrestling.com Managing Editor Nick Hausman recently sat down with the mother of WWE Hall of Famer “Chyna” Joanie Laurer, Janet LaQue, for the debut installment of The PWrestling.com Daily podcast’s interview series Documenting Chyna. Jan discussed how she had been estranged from Chyna for over 16 years, and she talked about how she was able to get back into communication with her daughter.

“Well, it started a long time ago. I’ve been trying to find her for years, but when she was in Japan, I was living in Florida, and it was about four years before her death, I came across this website that said her mother was dead,” Jan recalled. “And I went, ‘wait a minute, I’m very much alive.’ So anyway, I sent a note to the website designer or whatever you call them, and I said, ‘hey, what’s the deal here? I’m Joanie’s real mother, and I’m not dead. So what’s going on?’ Well, it turned out it was some guy by the name of Ralph, and I don’t know whether he was her manager at the time or what, but he sent me an email back.

“And he said, ‘would you like to talk to Joanie?’ And I said, ‘of course I would.’ Long story short, she called me from Japan. It was the first time that I had spoken to her in 16 years, no, longer, a long time, and we ended up on the phone for over an hour. It was a wonderful conversation. It was almost like we had never had the long period of estrangement. She told me about Japan. She told me about the WWF/WWE. She told me about the situation with Hunter (Triple H). She told me that she was sorry she got into porn. We just went through so many different topics, and I was elated.”

Jan expressed how great their conversations were and how they would always tell each other that they loved each other. She said that they were at a point where they would forget the past and move on to start anew.

“I thought that was just wonderful, and since that time, we continued to have pretty constant communication,” Jan said. “In fact, we were living in Florida at the time, and I had Comcast email. If I had thought we were going to move, I would have saved all of them, but when we moved here to North Carolina, and we were conversing back and forth, I had saved all of the emails that Joanie wrote to me. Because she was the way she was–well, we were both kind of this way, every time she’d write me a note, she’s say, ‘I love you, Mommy.’ And what I would write her, I’d say, ‘I love you Joanie.’ So every communication that we had, we basically told each other that we love each other.

“It was just going to move on and forget the past, which I had to do a lot of forgetting, but I said, ‘okay, she’s my kid. I really want a relationship with her. I need to start fresh,’ and we were able to do that. It was really wonderful, and I really miss her.”

Hausman asked if Jan felt that Chyna was beginning to turn a corner before her passing. Jan said she did, but she recalled telling her daughter to not go back to Los Angeles and Chyna ignoring her and getting involved with bad actors.

“Yes, I did,” Jan stated. “I had a long conversation with her, and she told me she was coming back to the states. And she was telling me that she was going back to Los Angeles, and I said, ‘please Joanie, don’t do that. You can’t do that. You’ll get back to the same area. You’ll find the same type of people. You need to get away from those people. We’ll figure something out,’ and she basically ignored it and decided she was going to go back to Los Angeles.

“And that’s when she got involved with Eric and that scumbag Anthony Anzaldo, and they started on their truck back from New York. She came in to the states from New York and started their truck cross-country back to Los Angeles, and it was downhill from there. That was a bad thing.”

Jan’s full interview aired as part of the debut episode of Documenting Chyna on The PWrestling.com Daily. Subscribe to get the latest episodes as soon as it’s released Monday – Friday afternoon by clicking here.