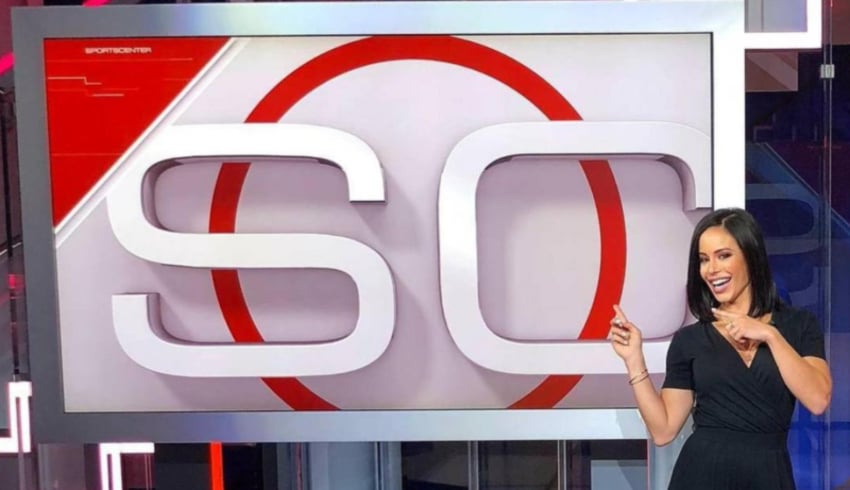 Charly Caruso (real-name Charly Arnolt) announced on her Instagram she is now working full-time for ESPN, and is officially done with WWE.

Caruso began working part-time with ESPN back in September 2018.

ESPN also confirmed Caruso’s full-time position in a press release indicating she will be joining the network in early April as part of a multi-year contract extension.  It was noted Caruso will still contribute to First Take, SportsCenter, SportsNation, and will continue to co-host the weekly First Take podcast.

We had reported back on March 20 that there had been backstage issues with Caruso being consistently late for interviews for WWE Raw, specifically with Randy Orton and Sheamus, which then led to her being removed from television. Reports indicated that Vince McMahon was informed  about Caruso’s constant tardiness and “took exception” to the situation.

It was also believed with the recent hiring of Kevin Patrick (Kevin Egan) as a backstage correspondent and the host of Raw Talk essentially confirmed Caruso’s exit.

Caruso thanked everyone in WWE for her time with the company.

“How it started how it’s going!!

I am SO excited to announce I have accepted a full-time position with ESPN! It feels so rewarding to take this next step in my career with a company that has really fostered my growth, and given me a bounty of huge opportunities, since first bringing me on board in 2018.

(The first photo was my very first assignment for the company in Sept 2018 doing SportsCenter updates! Aww!! how far I’ve come!)

As I take this monumental next step in my career, I can’t do so without thanking so many of the people at WWE who I’ve spent the last nearly 5 years with. Thank you to those on and off camera who I had the chance to connect with not only professionally, but personally. Some true gems! And of course, thank you to the WWE Universe, a network of some of the most loyal fans in the world. I hope you all continue to stay in touch because your encouragement means everything! Lastly, thank you so very much to my family and friends who have believed in me and my dreams every step of the way. It’s been quite the journey! I love you all