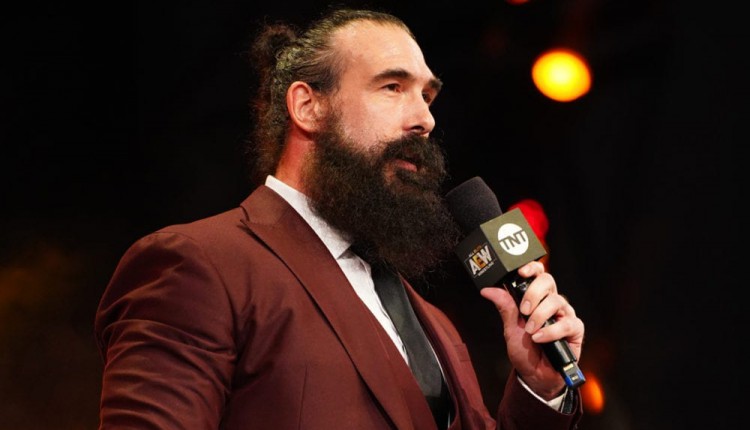 The wrestling world continues to mourn the passing of Brodie Lee. The news was a shock to most people in wrestling but there were a few people that knew something was wrong as far back as two months ago. Bryan Alvarez shared what he heard about Lee during Wrestling Observer Live.

Alvarez continued, “I know that within AEW there were some people that knew but there were a lot of people that did not know because his family did not want the word out so most people just were not told anything. I know that there were other people in AEW that had only heard the same thing that me and this other person had heard that at some point he had been in the ICU. The last thing that I heard was two months ago.”

Alvarez said for the last two months he figured Lee had recovered after being told that Lee was allegedly in the ICU. Alvarez said this whole time he was just thinking that Lee would make a big return on Dynamite and Being The Elite.

“Then a week and a half ago or whatever, I heard that his son had done the angle where he had beaten Kenny Omega. When I heard that, obviously my first thought was Brodie had to be there, he had to be there…then I asked and nobody who I asked answered if Brodie had been there or not. When nobody answered if he’d been there or not, I was thinking dude, I don’t think he was there. When I heard about the angle, I was like, I don’t think this is good.”

Alvarez was referencing what happened during a dark segment after a recent episode of AEW Dynamite. Brodie Lee’s son was offered a spot in The Elite by Kenny Omega and The Young Bucks. A brawl broke out between The Elite and The Dark Order and Lee, Jr. forced Omega to tap out to the rear naked choke. Justin Roberts then declared Lee, Jr. as the new AEW World Champion.

If you use any portion of the quotes from this article please credit Wrestling Observer Live with a h/t to PWrestling.com for the transcription