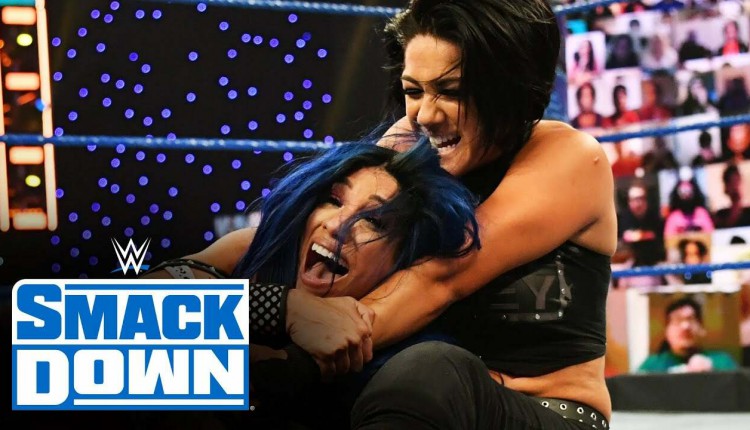 Bayley says she is done with SmackDown Women’s Champion Sasha Banks, at least for now.

After losing the title to her friend and former tag team partner at the recent WWE Hell In a Cell pay-per-view, and then losing the rematch on last Friday’s SmackDown, Bayley took to Twitter this week and issued a message to Banks.

“I’m done with you….FOR NOW!!!!!!!! Because this isn’t over until I SAY it’s over. After all, I’ve always thrived without you,” Bayley wrote.

There’s no word yet on what WWE has planned for Bayley, but it will be interesting to see if she qualifies for the Women’s Team SmackDown for Survivor Series, which currently features Bianca Belair and Ruby Riott with three more Superstars to be revealed. Banks is likely headed for a feud with the returning Carmella, who attacked the champion after the win over Bayley this past Friday night.

After all, I’ve always thrived without you. https://t.co/pUeENRPPAN