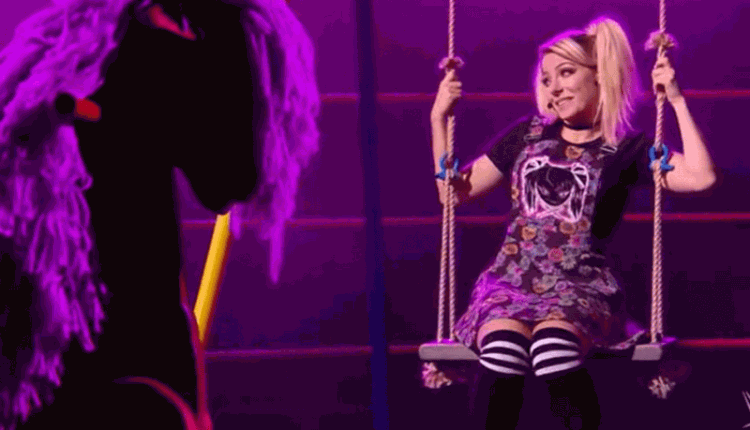 Randy Orton appeared on WWE Monday Night Raw to talk about what he did last night to “The Fiend’ Bray Wyatt at the TLC pay-per-view. Wyatt was set on fire at the end of the show.

Orton said he enjoyed everything he did to The Fiend and he has no regrets as he pointed to the spot in the ring where Wyatt was burned. Orton declared that The Fiend is gone and he is “no more.”

Orton then said, “I am the evil son of a bitch that took him out.” At that point, the lights went out and then Alexa Bliss appeared on a swing in the ring. She said that he could be anywhere, including the beach or at his favorite restaurant. Bliss said The Fiend is home but if he leaves home, he may come back to Alexis’ playground and it will be like nothing that Randy has seen before.

This was Bliss’ return to Raw. She was off the show for a few weeks because she was filming an episode of “Punky Brewster” for the Peacock streaming service.