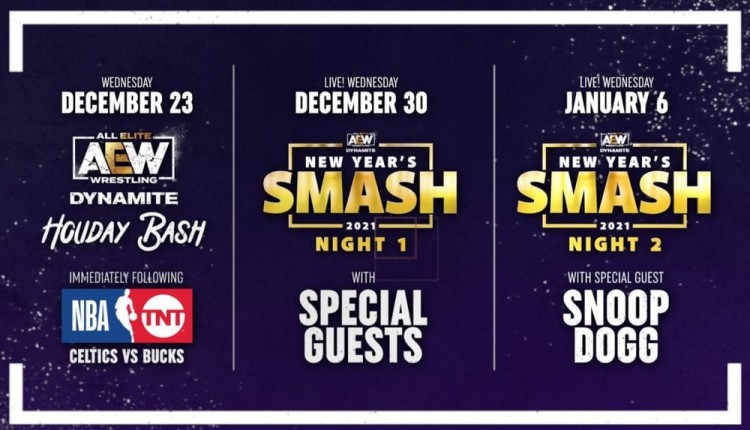 There are several themed episodes of AEW Dyanmite planned for the coming weeks.

It was announced that the December 23rd edition will be titled AEW Dynamite: Holiday Bash. That show will air immediately after the Boston Celtics and Milwaukee Bucks game.

The December 30th episode of Dynamite will be titled “New Year’s Smash: Night 1.”

The January 6th episode of Dynamite will be titled “New Year’s Bash: Night 2.” That show will go up against NXT: New Year’s Evil.

Here’s our #AEWDynamite schedule below! Be sure to check your local listing for accurate times or be sure to follow #AEW on our official channels.